Written by his grandmother – Kathy Kinsler

I could tell his curiosity and personality would take Drew far, and he would continue to grow and become a bright and brilliant young man.

Andrew (Drew) was born at Indiana University Health Medical Center in Indianapolis to parents J.T. and Nikki. Prior to being discharged from the hospital, Drew had been flagged during his newborn hearing screening, and ultimately he was diagnosed as profoundly deaf.

Upon returning home from the hospital, his parents immediately sought out different hearing options. Drew began the First Steps Program as an infant with occupational therapy, physical therapy, speech therapy and audiology. Despite warnings of slower developmental milestones from his doctors, he forged ahead meeting each one including walking at 11 months.

Drew received his first cochlear implant at the age of one and his second at age six. He began talking around fourteen months old, and his parents quickly realized that their little toddler was actually a green-eyed, blond-headed, “Dennis the Menace!” He was a little whirlwind in action. He quickly learned how to climb up on the speakers, put his Wiggles or Sesame Street disc into the DVD player and start it, having only watched this done a few times. He would also move the kitchen chair to put something into the microwave and start it. One time, he figured out how to unlock the front door of his house. His mom thought she had him safely secured, only to get out of the shower and find him standing on the front porch! His best trick occurred when he was 18 months old. He somehow figured out how to dial 911 and not only once but twice the police rushed to his house for safety checks.

When Drew was two and a half, his mother quit her full-time job to devote all of her time to him. He attended preschool and St. Joseph Institute for the Deaf to help maximize his progress. He began kindergarten on time – an amazing event, as he was predicted to be so delayed! The family moved to Avon, Indiana and then North Carolina after his dad took a job with the School of Medicine. Drew attended a local Christian Academy from the eighth grade through the twelfth. He will be graduating with honors and attained a 4.2 grade point average.

Drew’s fall plans will include the honors program at East Carolina University, majoring in nursing. His family will miss him next year, especially his younger sister Paige who will have no one left to bug, and his best buddy, Tiger the cat.

In his spare time, he enjoys playing golf with his father, as he was a proficient golfer on his school’s golf team. Miraculously, he enjoys playing the piano, the guitar, and hanging out with his friends. Drew’s family is very grateful for all the help they have received from St. Joseph Institute for the Deaf, Dr. Richard T. Miyamoto and Dr. Richard C. Miyamoto, Riley Children’s Hospital, Peyton Manning Children’s Hospital, St. Vincent’s Hospital and all the mapping technicians. His family feels very blessed and truly believes that Drew was a special gift from God.

From his family, friends, and everyone at St. Joseph Institute for the Deaf, we would like to wish Drew a very Happy Birthday and congratulate him on being a part of the Graduating Class of 2020! 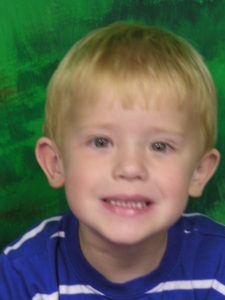 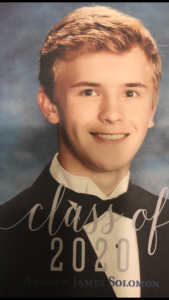